I went into the intermission wondering what in the world Water was doing in Black Swan State Theatre Company’s Studio Underground. This should be on the main stage, I thought, it’s brilliant! I went home a bit clearer – the play’s not ready yet.

Written by Jane Bodie, Water has the potential to become not only a ‘classic’ but Australia’s greatest play ever, becoming perhaps what Death of a Salesman is to American drama.

By the end of the first act – or was it the second act – I was on the edge of my seat: an Australian politician was potentially (there’s that word again) going to be tried for war crimes in the International Court of Justice for the role he had played in the deaths of countless refugees as a consequence of his immigration policy: turn back the boats. Alas, the high drama, the high court, the trial and its outcome – the moment that would have the world watching in anticipation – never came. Instead, we were subject to a moralising history lesson: two relatively undramatic scenes that served to communicate 1) some white Australians were treated rather impersonally by US immigration officials in the 1920s, and 2) Queensland made use of cheap black labour on sugar plantations in the early 1900s.

But let me sing the praises of the first half of the ‘play’ – the half that was the drama – and return later to, well, let’s call it the ‘experiment’ that was the second half.

It is indeed a joy and privilege to watch seasoned theatre actors live on stage. Glenda Linscott as Beth was the fulcrum of the drama – the amicable but anxious, honest but slightly overbearing, polite but slightly prejudiced, sincere but slightly racist, naive but slightly scheming mother we all know and love – and loathe. The reliable and always compelling Igor Sas, as Peter, initially appears as the browbeaten husband but we soon learn that a lifetime of guilt is what is weighing him down. Amy Matthews as Gemma and Emily Rose Brennan as Joey are perfect as the contrasting sisters, the former a conformist who has, perhaps unwillingly, ended up as a lawyer, the latter a rebel who had taken off around the world years earlier with nothing but a backpack. The conflict and the humour between the sisters keeps the relationship between them on a knife’s edge, and this goes back to good writing. The relationship between husband and wife, Peter and Beth, was also genuine – no holds barred but a deep love for each other.

Into this picture comes Yize, played by Richard Maganga – the African refugee whose mother and sister had drowned at sea just off the Australian coast as a result of Peter’s ‘keep Australia safe’ policy. Brought home as a friend by pro-refugee Joey, Yize cheerfully bears a number of racist gaffes and other prejudicial statements until the moment he subjects Peter – with one of the greatest speeches I’ve ever heard on stage, spoken with a remarkable balance of passion and poise by Richard Maganga – to such a castigation that, upon hearing it, any Australian who has ever been, or is even remotely, complicit in the suffering of refugees who seek asylum in our country would be deeply ashamed of her/himself.

The ‘water’ (read: drama) runs out at this point. 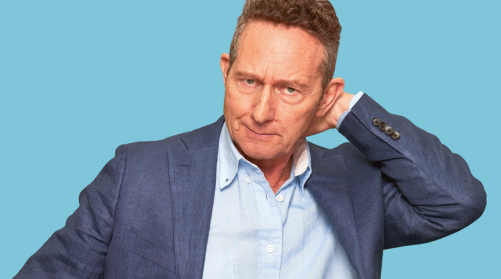 It is surprising that dramaturg Polly Low allowed such an unfinished product to hit the shelves although she is to be commended, together with director Emily McLean, for overseeing half of an award-winning play.

Set and costume designer Fiona Bruce has done an impeccable job of creating the slightly dystopian coloured, eco-friendly bungalow that housed the under-sieged family. The set was good enough to accommodate both the crucible (a play I’d like Jane Bodie to draw inspiration from when she re-writes the script!) of the drama and the disparate scenes that made up the second half. She has done a remarkable job with costumes as well, each costume speaking loudly of the character.

Lighting designer Lucy Birkinshaw and Sound Designer & Composer Dr Clint Bracknell transported us as if in a dream to different eras, different parts of the globe, at different times of day. I must admit the lighting for the US holding cells occupied by the two hopeful Australian émigrés, as well as the darkness evoked in the digs of the plantation worker, compounded by Dr Bracknell’s underscoring were rather disquieting elements and communicated well the sense of isolation and despair.

Yes, Water, as per the synopsis, ‘explores three families, born in different times’. That those families are ‘united’ however, by (their) ‘stories of immigration and transportation’ is a bit of a stretch – this is no When the Rain Stops Falling (by Andrew Bovell). ‘Epic’, yes, slightly, but let’s not dilute the word by having as the only prerequisite for using it the presence of historical matter.

Water is absolutely worth seeing – it is, for better or for worse – (Australian theatre) history in the making – but what the creatives need to do, starting with Jane Bodie, is to go back and rewrite the final act. The play will quickly be forgotten if left as it is, unless it spawns a new genre of theatre, which I doubt.

As experimental as theatre can be, I think people always have and always will crave a cohesive story.

2 thoughts on “Water: a watershed moment, or not quite watertight? (Theatre)”